Short Description:
The Eames Aluminum Group Management Chair is an all time classic and one of the most important contributions that the Eames's made to modern design.

by Charles and Ray Eames

The Eames Aluminum Group Management Chair is an all time classic and one of the most important contributions that the Eames's made to modern design. This chair has a minimalist feel and a sleek look that combine to give it one of the most iconic looks among mid-century pieces. In addition to its beauty the Eames Aluminum Management Chair is adjustable to your needs and adaptable to almost any situation, whether it be an office, boardroom or even your home. The fabric upholstery options offer a more affordable version of this iconic Eames Chair without sacrificing beauty or style.

Also available in a leather version.

Charles and Ray Eames
Charles and Ray Eames are perhaps the most celebrated designers of the 20th century. Married in 1941, the Eames duo are responsible for some of the most critically acclaimed furniture designs of the modern era. Amongst their most famous designs are the sofa compact and the aluminum chair group. Although they are most often remembered today for their furniture designs with partner Herman Miller, the Eameses engaged in artistic expression across a broad range of mediums- including architecture and filmmaking.

Herman Miller is an industry leader in the integration of cutting edge technology to furniture and other household items to make everyday life more comfortable, convenient, and stylish. Herman Miller stands out at the forefront of such fields as ergonomic technologies, environmentally friendly manufacturing processes, and customizable furniture items.

In addition to producing some of the most outstanding office furniture in the world, Herman Miller has also taken on the responsibility of manufacturing some of the most celebrated furniture designs by some of the world's most famous designs. These "modern classics" include works by Charles and Ray Eames, George Nelson, and Isamu Noguchi. Herman Miller celebrates these famous mid-century designers' works through its extraordinarily precise manufacturing techniques and industry-leading green production processes.

Herman Miller is a global company with operations, sales offices, dealers, and licensees in more than 40 countries in North America, Asia/Pacific, Europe, Middle East, Africa, and Latin America, serving customers virtually anywhere in the world. Herman Miller is headquartered in Zeeland, Michigan, while manufacturing facilities are located in the U.S., China, Italy, and the United Kingdom.

Known for their honest use of materials, the Eameses constructed the chairs with cast aluminum and first conceived of a seat frame to support stretched fabric--a synthetic mesh (woven saran). Although the mesh was discontinued shortly after its introduction, Herman Miller reintroduced a new mesh material for the Aluminum Group in 2001. Called Cygnus, it is similar to the Aeron chair's Pellicle fabric in its aeration and translucent qualities. 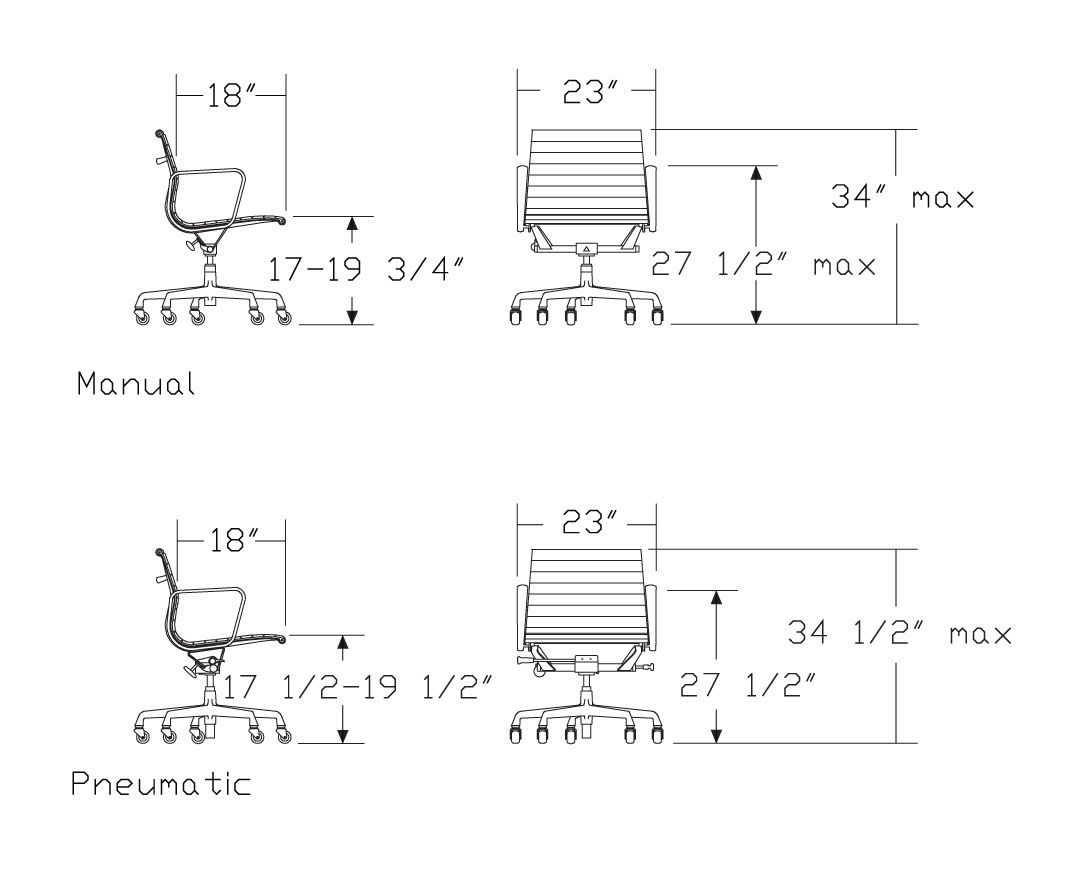