Short Description:
Every Vitra Miniature is true to the original in construction and materials.

Designed by Eames for Vitra

Every Vitra Miniature is true to the original in construction and materials. Reduced in size on a scale of 1:6, each miniature is packaged in a wooden box, accompanied by an informational booklet. Many hours of work are put into each hand crafted miniature piece. Making every piece individually unique! Ongoing quality control ensures that every miniature corresponds to its larger original in terms of finishing, details and materials.

The Lounge Chair is one of the best known creations of Charles and Ray Eames. Created in 1956, it has become a classic in modern furniture history. The miniature version in is a coveted accessory and collectible – reproduced in exact detail with outstanding craftsmanship.

For over two decades, the Vitra Design Museum has been making miniature replicas of milestones in furniture design from its collection. The Miniatures Collection encapsulates the entire history of industrial furniture design – moving from Historicism and Art Nouveau to the Bauhaus and New Objectivity, from Radical Design and Postmodernism all the way up to the present day. Exactly one sixth the size of the original item. 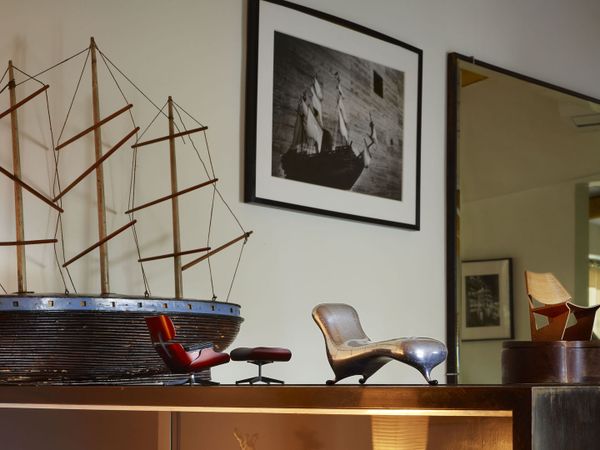 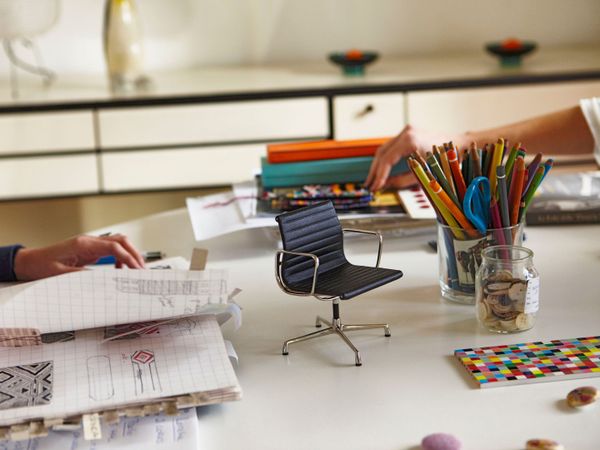 
Husband and wife team Charles (1907-1978) and Ray (1912-1988) Eames played a major role in the world of modern architecture and furniture, as well as working in industrial and graphic design, fine art, and film. Charles completed two years of study at Washington University in St. Louis. With his design and life partner Ray, he designed prize-winning furniture that expanded upon the wood molding techniques of Alvar Aalto. Ray-Bernice Alexandra Kaiser Eames began as an abstract expressionist painter, having graduated from Bennett Women's College in Millbrook, NY and later studying under Hans Hoffman while living in New York City. She co-founded the American Abstract Artists and has a painting in the Whitney museum's permanent collection.